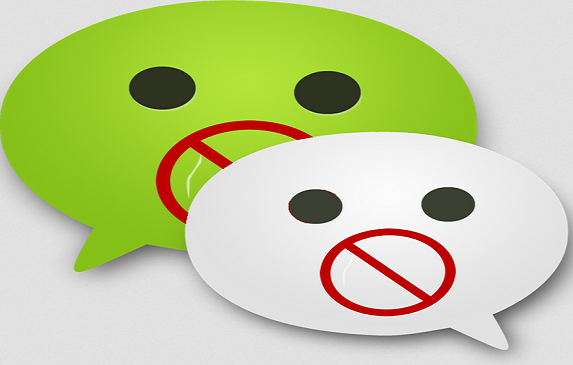 Chinese multi-purpose messaging, social media and mobile payment app WeChat, developed by Tencent, said to be blocking accounts and groups connected to blockchain and cryptocurrencies. There hasn’t been any official release from Tencent about banning cryptocurrency related accounts but this should be seen as a result of “People’s Daily” calling for a tightened regulation for blockchain industry related accounts earlier. People’s Daily is the publication of the Communist Party of China.

This news has been first observed by Lanjiner, a China-based finance news outlet and then reported by CoinDesk. Tencent has said earlier that some of the accounts that are banned were suspected of publishing ICO and digital currency related information to manipulate and mislead people, violating the terms on the development of public information services for instant messaging apps like WeChat.

The real reason for blocking WeChat accounts is still unknown. However, this could have happened because of the August 7 Administration of cyberspace PRC “Provisional regulations for the development and management of public information services for instant messaging tools.” One such provision reads as follows:

In March, the People’s Daily publicly criticized social media accounts and groups, arguing that they help to manipulate the crypto-currency market. Founder and then CEO Huobi, Jun Du has commented on this as a “classic example” of the problem in the country’s blockchain media ecosystem.