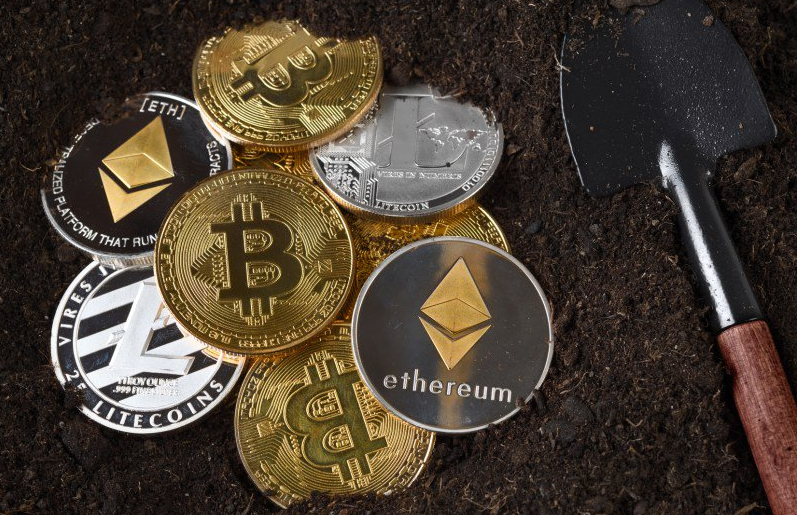 Here’s a prediction. ETH — the asset, not the Ethereum Network itself — will go to zero.

Those who already think that ETH will not see real adoption — thanks to a failure to scale, to adopt more secure contract authoring practices, or to out-compete its competitors — don’t need to be convinced that a price collapse would follow as a consequence.

But, if one believes that Ethereum will succeed beyond anyone’s wildest dreams as a platform then the proposition that ETH (as a currency) will go to zero will take a bit more convincing running a substantial share of the world’s commerce securely.

So here’s how Ethereum ends up succeeding wildly but ETH becomes worthless. Ethereum’s value proposition, as given by ethereum.org, is as follows:

Ethereum is a decentralized platform that runs smart contracts: applications that run exactly as programmed without any possibility of downtime, censorship, fraud or third-party interference.

These apps run on a custom built blockchain, an enormously powerful shared global infrastructure that can move value around and represent the ownership of property.

This enables developers to create markets, store registries of debts or promises, move funds in accordance with instructions given long in the past (like a will or a futures contract) and many other things that have not been invented yet, all without a middleman or counterparty risk.

If Ethereum succeeds on its value proposition it will therefore mitigate external risk factors for decentralized applications.

No Future for ‘Gas’

There’s no value proposition for ETH in the official description. Perhaps this omission is because ETH’s value seems so obvious to the Ethereum Foundation that it is hardly worth mentioning: $ETH fees (dubbed ‘Gas’) is how you pay for all this.

If the concept of gas isn’t immediately obvious, let’s expand the metaphor: The Ethereum network is like a shared car. When a contract wants to be driven by the shared car, the car uses up fuel, which you have to pay the driver for. How much gas money you owe depends on how far you had to be driven, and how much trash you left in the car.

Instead of paying for Gas in ETH, we could make every BuzzwordCoin transaction deposit a small amount of BuzzwordCoin directly to the block’s miner’s address to pay for the contract’s execution. Paying for Gas in a non-ETH asset is sometimes referred to as economic abstraction in the Ethereum community.

The revised BuzzwordCoin contract has no functional dependence on ETH. We’re able to incentivize miners to mine transactions without paying any fees in ETH whatsoever.

If the BuzzwordCoin contract has non-transactional contractual clauses — that is, a functionality that should be regularly called by any party for tasking like computing and updating cached statistics in the contract — we can specify that the miner performing those clauses receives coins from an inflation or shared gas pool. In the shared pool, all fees for user’s transactions in a specific contract are paid to the contract’s wallet. A fee dispensing contract call performing the non-transactional clauses releases the fee to the miner (this bears some semblance to Child Pays for Parent in the Bitcoin Ecosystem).

There are four main counterarguments to economically abstracting Ethereum: the lack of software support for economic abstraction; difficulty in pricing many tokens; the existence of contracts not tied to tokens; and the need for ETH for Proof-of-Stake. While nuanced, all four arguments fall flat.

Software Support: Currently, miners select transactions based on the amount of Gas provided in ETH. As ETH is not a contract (like an ERC-20 token), the code is special-cased for transactions dealing in ETH. However, there are efforts to make Ethereum treat ETH less special-cased and more like other ERC-20 Tokens and vice-versa. Weth, for instance, wraps ETH in a 1:1 pegged ERC-20 compliant token for trading in Decentralized Exchanges.

Detractors of economic abstraction (notably, Vitalik Buterin) argue that the added complexity is not worth the ecosystem gains. This argument is absurd. If the software doesn’t support the needs of rational users, then the software should be amended. Furthermore, the actual wallet software required for any given token is made much more complex, as the wallet must manage balances in both ETH and the application’s token.

Market Pricing: To mine on Ethereum with economic abstraction, miners simply need software which allows them to account for discrepancies in their perceived value of active tokens and include transactions rationally on that basis. Such software requires dynamically re-ordering pending transactions based on pricing information, gleaned either through the miner’s own outlook or monitoring cryptocurrency exchanges prices.

Non-Token Contracts: Not all contracts have coins, or if they do, they may not be widely recognized, valuable, and traded on exchanges. Can such contracts pay fees without ETH?

Users of a tokenless contract can pay fees in whichever tokens they want. For example, a user of TokenlessContract can pay their fees in a 50/50 mix of LemonadeCoin and TeaBucks. To ensure liquidity between users and miners with different assets they would pay or accept fees with, a user can simply issue multiple mutually-exclusive transactions paying with fees in different assets.

Specialized wallet contracts could also negotiate fees with miners directly . A miner could also process transactions paying fee with an asset they do not want if there is an open Decentralized Exchange (DEX) offer to exchange the fee asset for something they prefer — it is possible to create DEX orders for paying fees which allowing only a block’s miner to fill a user’s offers in proportion to the fees that a user has paid in that block preventing the case where a user’s fee diversifying offers are taken by non-miners.

Proof-of-Stake: Without ETH, a modified version of Proof-of-Stake with a multitude of assets could still decide consensus if each node selects a weight vector for the voting power of all assets (let’s call it HD-PoS, or Heterogeneous Deposit Proof Of Stake). While it is an open research question to

show under which conditions HD-PoS would maintain consensus, consensus may be possible if the weight vectors are similar enough.

Proofs of HD-PoS may be possible by assuming a bound on the pairwise euclidean distance of the weight vectors or the maximum difference between any two prices. If such a consensus algorithm proves impossible, the failure to find such an algorithm points to a more general vulnerability in Ethereum PoS.

Assuming a future where ETH’s main utility is governance voting, why wouldn’t all the other valuable applications on Ethereum have a say in the consensus process? Rolling back actions in a valuable token contract by burning ETH stake could be a lucrative business; if HD-PoS is used such attacks are impossible.

If all the applications and their transactions can run without ETH, there’s no reason for ETH to be valuable unless the miners enforce some sort of racket to require users to pay in ETH. But if miners are uncoordinated, mutually disinterested, and rational, they would prefer to be paid in assets of their own choosing rather than in something like ETH. Furthermore, risk-averse users would want to minimize their exposure to volatile assets they don’t have to use. Lastly, token developers benefit because pricing in their native asset should serve to reduce sell-pressure. Thus, in a stateless ecosystem, replacing ETH is a Pareto Improvement (i.e., all parties are better off). The only party disadvantaged is existing ETH holders.

The author holds Stellar and Bitcoin, but has relatively little holdings in other cryptocurrencies. He has previously done a Virtual Lapel Pin Sale (like an ICO) for his cause, “Fuck Nazis”, on top of Ethereum which faced both government censorship and censorship from the Ethereum community.