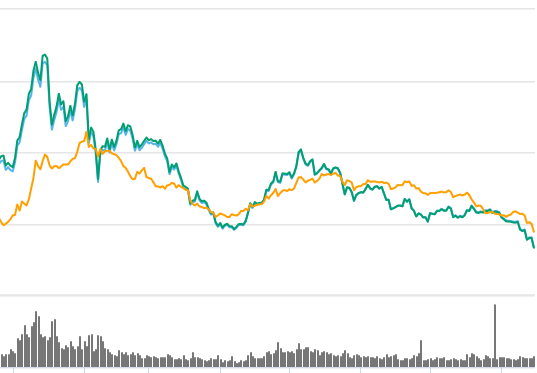 Over the past week, more than $43 billion was wiped out off the wider cryptocurrency market from a total of $257 billion on August 7.

Among the bleeding altcoins the one that suffers a major setback is Ethereum which just fell to $250, the lowest traded price in an year. The ethereum price fell over 16% against the USD establishing a new low since last september.

What’s most interesting is that the price of ethereum is unable to find any support even after the announcement from its founder Vitalik Buterin, who laid out plans for a blockchain consensus algorithm which can survive a so-called 99% attack over the weekend.

The paper Vitalik published on his website “ A Guide to 99% Fault-Tolerant Consensus” proposes a new kind of consensus algorithm that requires just 1% of nodes to be “honest”.

“We’ve heard for a long time that it’s possible to achieve consensus with 50% fault tolerance in a synchronous network where messages broadcasted by any honest node are guaranteed to be received by all other honest nodes within some known time period (if an attacker has more than 50%, they can perform a “51% attack”, and there’s an analogue of this for an algorithm of this type)”.

“ But did you know that if you add even more assumptions (specifically, you require observers, i.e. users that are not actively participating in the consensus but care about its output, to also be actively watching the consensus, and not just downloading its output after the fact), you can increase fault tolerance all the way to 99%?”

Despite the fact that Ethereum has one of the most active development community in the world of Blockchain, the price keeps falling. Another interesting fact is that for the first time this year, bitcoin’s dominance rate, an indicator that tracks how much of the total cryptocurrency market capitalization is held by bitcoin crossed the 50% threshold, proving once again that Bitcoin is still the king.