The founder of cryptocurrency exchange OKex has been taken into custody by Shanghai police officials. Star Xu is allegedly involved in a fraudulent scheme regarding WFEE Coin. As Xu is a shareholder in this potentially fraudulent company, he is put through a round of questioning to get to the bottom of these rumors, reports local newspaper Sina News. 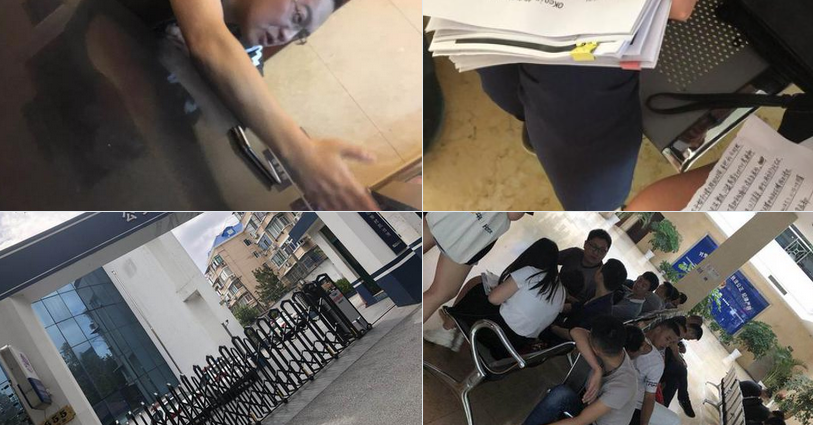 It is known that Xu is a shareholder in the WFEE crypto company that was claimed to be potentially fraudulent. The company has released its own tokens, but complaints began to appear after coins were sold out. It is assumed that the law enforcement structures of Shanghai detain Xu for questioning in order to understand the situation and verify information from clients.

Sina News: Star Xu, founder of OKCoin/OKEX, is being investigated by Shanghai police. According to Lu Jun, officer at the local PD, Xu was suspected of fraud accused by investors. SH police has accepted the case.

Given the vast number of fraudulent schemes in the cryptocurrency world, police arrests are becoming all too common. In the case of WFEE, the company issued native tokens which were sold through the website. Various complaints have been received regarding this venture being potentially fraudulent. The Shanghai police forces are officially investigating the matter at this time.

One person of interest regarding WFEE is Star Xu. Cryptocurrency enthusiasts know him as the founder of OKCoin and OKEx. As a shareholder of WFEE, he can be deemed responsible for any fraudulent efforts regarding this investment scheme. However, the investigation has shown Xu’s company in Shanghai is not responsible for issuing the currency. Instead, that part of the business was handled in Beijing.

After the news of Xu’s alleged detention broke today, CoinMarketCap data showed that OKEx saw an almost 3 percent drop in trading volume over a 24 hour period, having traded around $714 million on the day.

This new development causes some unrest in the cryptocurrency world. Given the current market conditions, a shakeup like this is the last thing cryptocurrency needs. Even so, if Star Xu is involved in a fraudulent investment scheme, he will need to pay the price for those actions. Until proven otherwise, he is still in the clear and may have simply been tied to a company with less than honest intentions.