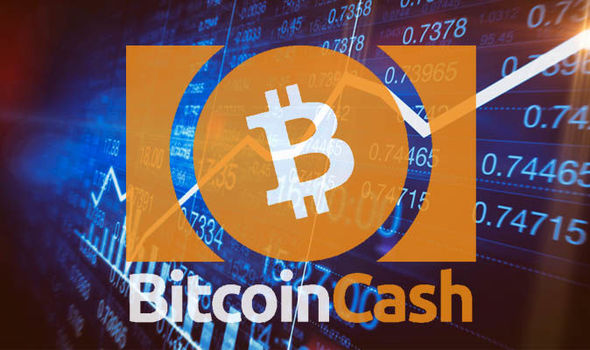 nChain, a blockchain development firm, announced earlier today that they will be launching a new full node implementation of Bitcoin Cash [BCH]. The implementation will be known as Bitcoin SV, which stands for Satoshi’s Vision.

The implementation was created at the behest of Calvin Ayre and his news reporting company, CoinGeek. Bitcoin SV, as the name implies, is an implementation made for miners that want to adhere to and support the original vision of Bitcoin as described by Satoshi Nakamoto.

nChain also clarified that this would be the implementation to prefer over those that “seek to make unnecessary changes to the original Bitcoin protocol”, and that it is the vision of Bitcoin realized in Bitcoin Cash.

This comes after a recent statement by CoinGeek, which detailed the features that they would support in the upcoming November update. These include changes such as:

This is the latest in the developments concerning the divide that Dr. Craig Wright, more popularly known as ‘Faketoshi’, has begun to sow upon the Bitcoin Cash community. This includes his statements towards other implementations of the BCH blockchain, such as him stating:

“No hash goes to this crap. They want it, they fork it, without us. Without the apps using our code, our IP etc. Without the companies we have invested in.”

Notably, Wright, through nChain where he is the Chief Scientist, has submitted a number of patents that harness the power of the Bitcoin Cash blockchain for Digital Rights Management. Moreover, this comes after CoinGeek began aggressively acquiring hashpower on the Bitcoin Cash and gaining the top spot as the biggest miner.

On the move by nChain, Calvin Ayre stated:

“Because miners should drive the roadmap in the Bitcoin space, CoinGeek and other miners asked nChain to create a professionally-driven implementation of the Bitcoin full node software [for use on BCH] that restores the original Bitcoin protocol. CoinGeek is sponsoring the project and intends to mine with Bitcoin SV. We invite other BCH miners to join us in using Bitcoin SV to voice their support for the Satoshi Vision.”

nChain also stated that they will enforce “stringent quality with several measures”. These include moves such as completing a security audit of the code base for SV, and providing an ongoing review and threat analysis of all changes to the code. They also announced a bounty program, which is aimed at motivating security researchers all over the world to find flaws in the Bitcoin Cash blockchain. The program was kicked off with a reward of $100,000 to the researcher who found a potential “chain-splitting bug” on the blockchain, Cory Fields. The CEO of nChain, Jimmy Nguyen, said:

“This is an exciting, but also critical, time for the progress of Bitcoin BCH. We look forward to collaborating with groups around the world on projects such as Bitcoin SV to achieve our common goal: making the original Satoshi Vision for Bitcoin a global reality.”

However, the sentiment of the Bitcoin Cash community seems to be lukewarm. User subalizer on Reddit said:

“Craig is good friends with Calvin Ayre. Calvin claims to believe that Craig is part of satoshi, and strongly supports him. Calvin also owns CoinGeek, which is aggressively acquiring hash power: The cynic is me would see this as a power grab, with Craig enforcing his will via exclusive patented tech, and his good buddy Calvin enforcing those rules with significant hash power. However, I try to distance myself from such conspiracy.”

Bitcoin Cash is Bitcoin Trash, don’t loose your money over this garbage.