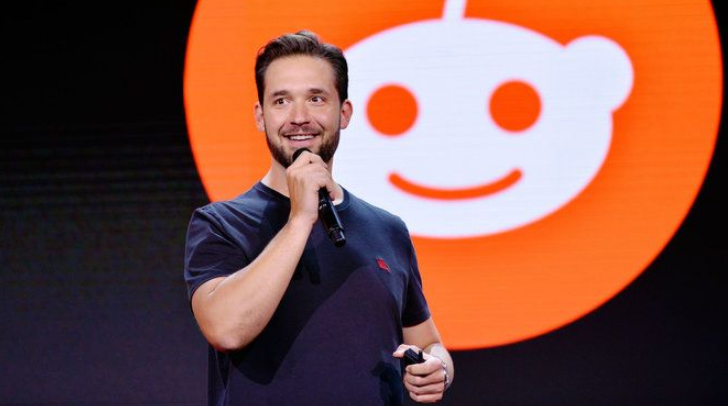 The 35-year-old co-founder of Reddit, now owned by Condé Nast, announced in February he was stepping away from his day-to-day duties at the popular news aggregator and discussion site to focus on the venture capital firm, Initialized Capital.

“I’ve wanted for a long time to get back to early stage founders to being the ‘first check’ in Initialized,” says Ohanian, who had a child with tennis athlete Serena Williams last September. “It’s a lot of fun, frankly. I get to come home and have really good dinner table conversations about the things I did at work, and it’s always [about] meeting new founders, learning about the future and then sometimes rolling up my sleeves.”

Since he co-founded the firm in 2011 with general partner Garry Tan, Initialized Capital has financed hundreds of ventures, including Instacart and the GM-owned (GM) self-driving company Cruise. As an investor in Bitcoin and Coinbase investors, it’s also little surprise that Ohanian remains particularly bullish on cryptocurrencies such as bitcoin, despite their volatility. (The prices of bitcoin (BTC), Ethereum (ETH) and Ripple (XRP) are down almost 56%, 67%, and 85% so far this year, respectively.)

“As a store of value, there is some real traction [with bitcoin], and actually as we’re seeing in countries like Turkey that are having significant economic crisis — where people are losing faith in the Turkish lira — we’re going to see money move over to bitcoin because as unstable as it is, it is actually a lot more stable for a lot of people than their own nations’ fiat currency,” predicts Ohanian. “But right now, we’re still in the earliest, earliest stages.”

Ohanian and Tan are just a few of the bigger names to invest in cryptocurrency, alongside venture capitalist Tim Draper, Digital Currency Group CEO and founder Barry Silbert, and Tyler and Cameron Winklevoss, who launched the cryptocurrency exchange Gemini in 2015.

While bitcoin is slowly gaining more widespread acceptance as a currency to purchase say, jewelry, book hotel rooms off Expedia (EXPE) and order goods off Overstock.com, widespread usage and acceptance is decidedly a long ways off. But volatility aside, there are some more recent promising signs, too. In mid-August, Coinbase CEO Brian Armstrong said the cryptocurrency exchange enabled users to trade $150 billion in cryptocurrency in 2017 and racked up 50,000 users a day during the same period.

“No matter what the currency prices are doing, seeing more and more people creating accounts … shows more and more adoption, and their end game is to be this interface between people, their fiat money and crypto — it would be the most user friendly trusted safe secure way to do it,” Ohanian added. “I just encourage people not to get too, too invested in the speculation around the day-to-day trading of the currencies.”

Besides crypto, Ohanian is also bullish on computer vision, an application of artificial intelligence that involves processing and analyzing digital images and videos already employed by Pinterest, Facebook (FB) and Amazon (AMZN) with its automated Amazon Go stores. One of Initialized Capital’s investments, Standard Cognition, wants to bring the same cashier-free experience Amazon Go offers to other brick-and-mortar retailers.

“This is a narrower definition of artificial intelligence,” Ohanian explains. “You’re not teaching a robot to have a conversation; you’re not teaching a robot to be a human. You’re teaching a robot just to see a very specific thing, and because of the way processing power has grown and that the cost for it has declined we have companies like Standard Cognition which is doing real-time computer vision to basically reproduce Amazon and go for any other retailer. So now they can set up some basic cameras and in real time know, ‘here is this entity walking in.’ They’ve picked up this jar of peanut butter and this thing of a coffee, and they can walk out and get charged for it without having actually do a manual check-out process.”