Roger Ver Says BTC Is Not Bitcoin, On Twitter 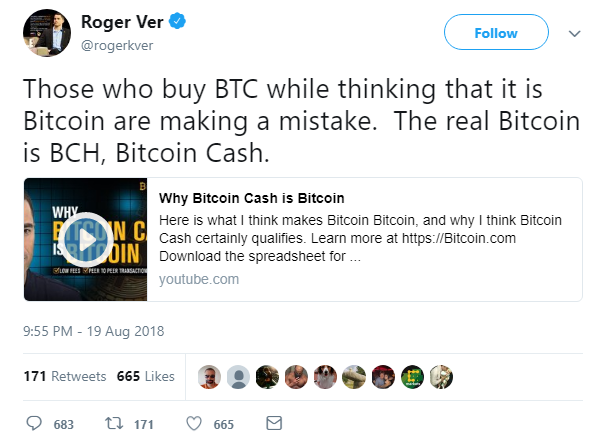 “Those who buy BTC while thinking that it is Bitcoin are making a mistake. The real Bitcoin is BCH, Bitcoin Cash.” says Roger Ver on Twitter.

Interesting metrics. I would argue that there are other blockchains that are more “Bitcoin” then, than even Bitcoin Cash is. Take #DigiByte for example. 15 second blocks mean we’re over 7.1 million blocks right now.