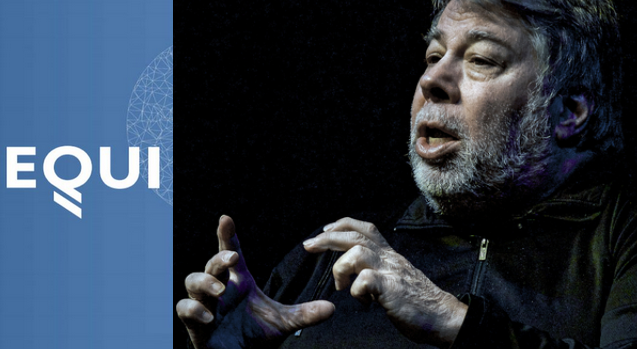 In an exclusive interview with NullTX, Apple Co-founder Steve Wozniak said that he’s cooperating with the investment-focused investment company Equi Capital. He is about to begin working with the blockchain technologies for the first time.

Wozniak (often referred to by the nickname Woz) did not provide details on what his role would be at the startup. He did indicate that the company may register in Malta, which has been working to develop a friendly regulatory environment aimed to attract firms in the blockchain and cryptocurrency space.

“I like to keep up with things… Bitcoin caught my attention. It had so many unusual aspects for any technology I had ever heard of. Nobody is really known to be the creator. It doesn’t have any centralized [component]. It’s based on mathematics. There’s a certain number of Bitcoin that can ever exist. Mathematics to me is like nature. It’s much better than human beings… I trust those things of nature more than what man makes up. Man makes up currencies, controls them, issues new US dollars every year; Bitcoin was immune to that.” quotes NullTX.

Steve Wozniak, co-founder of Apple, is a computer engineer and inventor responsible for the creation of the Apple I computer as well as a primary contributor to the Apple II. He played arguably the biggest role in the personal computer revolution and is a forefather of the third technological revolution, which ushered in the era of computing and the internet.

Wozniak also expressed his views on the Ethereum project. According to him, Ethereum is similar to that what he’s seen on Apple, with thousands of companies developing their own applications on the platform’s blockchain network. He sees Bitcoin as still the digital gold of the blockchain market, but Ethereum provides the tools and platform for blockchain developers to build own applications on. “I see more people using Ethereum that way” NullTX quotes him.

Recruitment of Blockchain Evaluation Group began in the Republic of Korea