STOs Can Now Be Launched Without Any Coding Knowledge Necessary With Etherparty’s Rocket 2.0 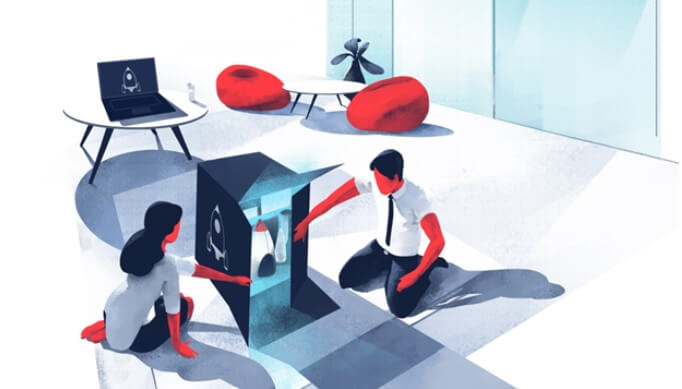 Weeks after completing the partnership deal with Capiche, the Canadian blockchain platform Etherparty announces the launch of its long awaited new version, Rocket 2.0. With the latest version, projects will now be able to deploy security tokens with a new feature called RSTS.

ICO’s raised a whopping $5.6 billion in 2017, and $15 billion in the first half of 2018. However, according to a report by Ernst & Young, 86% of ICO projects have failed. Many startups raised millions of dollars with nothing more than an idea, a website and a whitepaper and eventually failed – leading to the current cryptocurrency winter.

The SEC took note of this pattern and started cracking down on these projects. In March 2018, FinCEN clearly stated that no companies could sell Utility tokens to U.S. investors unless they have a money transfer license. For these reasons, entrepreneurs started to look for more compliant ways to raise funds with cryptocurrencies – the STO was born.

STOs or Security Token Offerings are a category of tokens where the shared assets are considered financial securities since inception. In the early days, many ICOs tried to bypass the SEC under the pretext that their tokens are actually Utility tokens and not subject to SEC regulations. With Security tokens, however, the cat and mouse game between ICOs and the SEC is finally over, as the blockchain projects seek to raise funds in SEC-approved ways.
Of course, there are consequences to issuing Security tokens – unlike Utility tokens, which can be sold to anyone and traded on unregulated exchanges, Security tokens are actually backed by something tangible, such as the assets, profits, or revenue of the company. They also require diligent KYC, AML and accredited investors checks.

It does not end there

Of course, the market is still maturing and regulators are still catching up. Recently, Ohio became the first state to accept taxes to be paid in bitcoin making it one of the most crypto friendly states in the U.S., while China has called even STO’s “illegal”. There are many nuances to consider when launching an ICO (or STO), especially that even some legit ICOs who had sorted everything out still suffered from hacks. Launching an ICO requires expertise and time in itself – it is not enough to focus solely on the product the project aims to deliver. Luckily, there is a solution for that.

Launching with a Rocket

Etherparty Smart Contracts Inc. has offered Rocket, a tool that gained popularity for its ability to help startups launch and track a token generation event without needing a development team. Rocket is already being used by over 600 projects, according to the Canadian blockchain company. Now, Etherparty is about to launch Rocket version 2.0, which is expected to enable both utility and security tokens.

The upcoming version includes Real Security Token Standard or “RSTS”, a feature designed to enable the end-to-end solution designed for utility token-based projects to deploy security tokens. It also has InterPlanetary File System (IPFS) to support the RSTS and ensure all blockchain project documentation is secure, accessible, and transparent.

Rocket 2.0 also incorporates automated compliance software, so companies looking to enter legally fraught spaces like the securities market can do so with peace of mind. The platform can quickly standardize contract terms according to a region, and if there are issues which do not fit the local laws, Rocket can easily point them out so they can be addressed most efficiently.

To further ensure compliance of issued securities through the Rocket platform with applicable securities laws, Etherparty has recently partnered with Capiche, a company reputed for its innovative legal tech provision of a web-based platform that simplifies the capital raising process while at the same time ensuring compliance. According to the company, the partnership is to make security token distribution easier, better, faster and more cost effective.

“Having a partner like Capiche allows us to more easily transition the traditional processes of setting up security offerings into blockchain for the security and auditability that it offers.” says Kevin Hobbs, CEO of the Vanbex Group.

More details about the platform can be found at: https://rocket.etherparty.com