The Penguin™ Blockchain Protocol and The Project’s Achievements Report 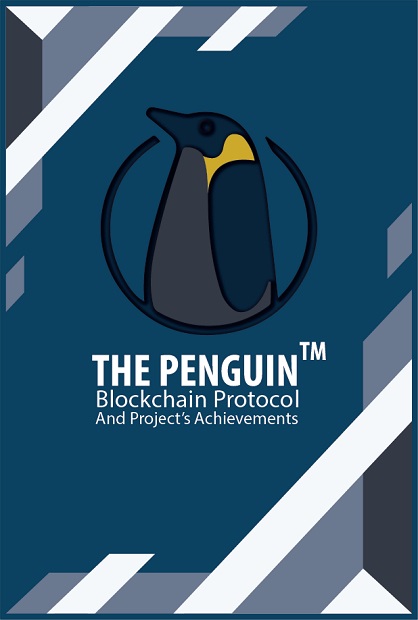 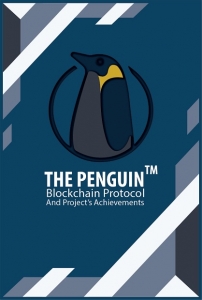 The invention of the blockchain technology has helped in improving and transforming cash/payment movements between people all over the world. This is due to the convenience, safety, speed, non-border restrictions, amongst others, which are the fundamental benefits of the technology.

Today it has become very much easier for projects to source for startup or development funds, by leveraging on the advantages of decentralized applications and smart contracts on the blockchain. These and many more ingrained elements of the blockchain technology, are the things that have opened doors of high value opportunities for once intending projects and visionaries, in accomplishing useful set goals.

However, while it is common to find ICO events created for firms in such industries as aviation and transport, law, music and entertainment, finance, real estate etcetera, there had been relatively insignificant efforts in terms of creating top notch decentralized blockchain platforms that could aptly see to the progress of world charity and humanitarian causes. Most of the activities of the charity organizations had continued to dwindle at the mercy of crude centralized operation systems, that is drastically reducing their effectiveness and productivity. This brings even more concern, considering the untapped prospective relevance of the decentralized technology protocol to revamping and repositioning this germane aspect of human interaction.

Now, the pattern is changing and there is an obvious solution that has been brought to the table. The Penguin™ protocol comes with an ingenious framework aimed at revitalizing overall humanitarian activities- both for needy persons located in various places of the world, as well as for endangered animals facing risks of extinction everywhere.

The basic goal framework of the Penguin protocol

Considering the many use applications and merits of the decentralized blockchain technology, the Penguin™ development team has decided to come up with a carefully mapped out project framework. The objective of the organization is to bring global charity organizations and their activities to peak levels in terms of effectiveness, transparency, sustainability, efficiency, amongst others. These are the very things that have been strategically worked upon, and which would show forth from the Penguin blockchain.

Consequently, the team has already set out to work in meeting its objectives and fulfilling its mandate. The Penguin charity project aims at uniting charity and humanitarian activities via the use of its decentralized platform. This move is expected to remove restrictions experienced by intending donors, as well as the inaccessibility to funds experienced by facilitating organizations. The protocol’s activities would also indirectly see to it that humanitarian funds are rightly spent, since the blockchain would always show all the transaction processing records.

This is a reason why all participating entities in the project are basically bound in transaction, by the Penguin blockchain’s indigenous Penguin coin (PENG).

Other strategic objectives of the protocol includes a systematic way of cutting down on monies lost to huge transaction processing fees. By this, there would be an essentially reasonable reduction in required fees for sending money to their locations of need. This is why the platform is building partnership relations with the big names in human and animal charity activities. The partnerships would facilitate proper implementation of the Penguin’s operation roadmap. These partnering organizations would subsequently encourage PENG token use on their individual platforms, such that donations are also being made in the cryptocurrency.

Furthermore, the need to boost up PENG popularity and adoption on the cryptocurrency market is essential, and cannot be overemphasized. The project has adequately set down modalities that would publicize the token, and increase its credibility value on the digital currency space.

All proceeds generated on the Penguin network, would be deposited in a publicly visible wallet where the funds can be monitored.

Other operation features on the Penguin protocol

The Penguin protocol allows the use of a proof of stake (PoS) model in its operation framework. This means, participants on the platform would be rewarded based on the amount of tokens they acquired and staked in the network. The proof of stake consensus algorithm ensures profitability for Penguin users, while also consolidating the security system of the blockchain.

In addition, the Penguin PoS is specially designed to allow an incorporation of future updates and upgrades on the platform’s basic operation methods. This is beneficial since the possibilities and innovations of the blockchain technology are ever increasing.

Another way of earning the PENG token is by participating in the protocol’s masternode service provision. The services of the masternode user allows proper functioning of the protocol in some respect, as they perform their responsibilities. For instance, since Penguin is built on a privacy underlying code (PIVX), masternodes increases network decentralization while providing increased privacy on every transaction. This means payment donors are ensured of as much privacy as they require, while being able to effect their transactions seamlessly.

The masternode feature would also enable transactions that are almost instantaneous, hence jerking up the effectiveness of the platform.

Achievements of the Penguin™ blockchain protocol

As it stands, the Penguin team has been able to achieve a number of goals, which are in line with what is listed on its project implementation schedule. The highlights below show a list of achievements and events made within the last few months.

Achievements for the month of June

Project implementation kicked off fully in June, and the platform was able to effectively commence with the expected preliminary activities. Firstly, there was a coin takeover program that was put in place, after which there was an important update carried out on the initial old wallet type, that was in use. Penguin also successfully launched its first functional website, open to members of the public, as well as the Penguin logo design for the project.

Achievements for the month of July

Activities were pushed a lot more higher in the month, as the project was able to issue out its future plan statements according to the implementation roadmap. The Penguin™ protocol team was able to conclude on major decisions such as the stipulated block reward allocations, as well as an announcement for the masternode collateral requirements for interested participants.

The project then commenced on a social media publicity program, where five free masternodes were given out during the project’s Twitter marketing campaign.

Penguin released its detailed project roadmap and whitepaper on July 10 and 16, respectively. Both documents contained well detailed information on the objectives of the project, and the implementation plan for it.

In the same month of July, there were two organized sponsorship events organized by the Penguin project. Both sponsorship events were geared towards animal preservation and improvements. The events are the Quantaya gaming sponsorship on the 18th, and the donation made to the African penguin and seabird sanctuary.

There was a new website designed and released on the 19th, while the masternode pre-sale event commenced the next day after it. The proposed coin swap date was also mentioned on the day, which was slated to hold in August.

By this time, work had already been in progress for the listing of the Penguin coin (PENG) on the StakeUnited stake pool.

Achievements for the month of August

Project implementation progressed steadily in August, as the platform was firstly able to list its activities on Coinmarketcal.com. Subsequently on August 5, the proposed coin swap procedures were released, where it was stated that there would be a 10:1 coin swap deal.

On August 8, the Penguin protocol once again made donation to another animal conservation organization Seabird and Penguin Rehabilitation Center (SAPREC).

The masternode setup guide was released on August 11, while cryptocurrency exchange Cryptopia announced its support for the Penguin token swap on the 16th.

Other events for the month, were the donation made to Magda’s soup kitchen, PENG’s listing on www.bleutrade.com, and www.biteBTC.com.

Achievements for the month of September

The month of September has been characterized by a good number of PENG token listings on various crypto exchange and information platforms.

Also as it stands, Cryptopia has successfully completed coin swap, and has subsequently opened market for PENG. So far, there have been two separate donations to the Magda’s soup kitchen this month alone.

Work is ongoing and the project has a lot more listed on its program schedule.

What the future holds for charity and humanitarian cause

Charity and humanitarian activities are one of the biggest funded sectors on the overall, and this would most likely continue to be. Last year alone, there was over $200 billion directed towards its activities (although several factors did not allow its optimum utilization).

The birthing of the Penguin blockchain protocol brings the new approach to charity giving and philanthropic gestures. With this type of framework in place, there would be lesser instances of fund delays, and mismanagement tendencies would be reduced.

Since the activities on the Penguin network has been well balanced to include use benefits for participants, there are surging prospects as to how successful this protocol would turn out.

With an increasing popularity and user awareness, the platform is expected to experience remarkable growth in the days to come.