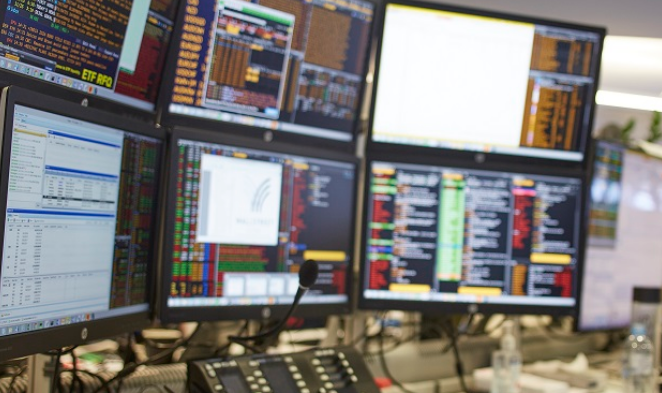 Australis’s largest bank, Commonwealth Bank of Australia (CBA) has been mandated by the World Bank to issue bonds exclusively using the blockchain technology, according to release by CBA.

The $AUD Kangaroo bond termed ‘bond-i’ – Blockchain Operated New Debt Instrument – has been developed with the support and input of the investor community including Northern Trust, QBE and Treasury Corporation of Victoria. Once launched the bond will be issued and distributed on a blockchain platform operated by the World Bank and CBA in Washington and Sydney, respectively.

This collaboration built on the longstanding partnership between the two organisations, with the World Bank’s 70-year track record of innovation in the capital markets and CBA’s globally recognised Blockchain Centre of Excellence combining to deliver the project successfully.

James Wall, Executive General Manager of Institutional Banking & Markets International, CBA said: “We take a collaborative approach to innovating and have a track record of partnering with other leading financial institutions, government bodies and corporates to innovate through blockchain. We believe that this transaction will be groundbreaking as a demonstration of how blockchain technology can act as a facilitating platform for different participants.”

“We are delighted to have partnered with the World Bank and fully support its vision of making innovative use of technology such as blockchain to increase the efficiency of financing solutions to better achieve their goal to end extreme poverty.”

As part of its mandate to reduce poverty and promote lasting development, the World Bank issues between US$50-US$60 billion annually in bonds for sustainable development. It is increasing its focus on helping countries transition to sustainable economies that are technology-led, while exploring the benefits of disruptive technologies, such as blockchain, across all its operations to accelerate progress towards the Sustainable Development Goals.

Arunma Oteh, World Bank Treasurer, said: “Since our first bond transaction in 1947, innovation has been an important hallmark of our success with leveraging capital markets for development. Given the transformative role of emerging technologies, we continue to prudently seek opportunities for us to meet investor needs as well as the needs of our clients. I am therefore delighted that after a year of working with Commonwealth Bank of Australia, we are in a position to launch our first blockchain bond transaction. Microsoft’s experience and support have also been instrumental in achieving this historic milestone. Our sincere appreciation to our pioneer blockchain bond investors, who are partnering with us on this transaction because of our common desire to strengthen markets, improve efficiency and transparency, and enable more robust issuance processes. Our goal is to continue to harness innovation for the benefit of markets and our mission of ending poverty and boosting shared prosperity.”

Denis Robitaille, World Bank Group Chief Information Officer, said: “Helping countries transition to technology-led development is key to our goals of reducing poverty and promoting lasting development. This is at the heart of the World Bank’s Innovation Lab—and this pioneering bond is a milestone in our efforts to learn how we can advise our client countries on the opportunities and risk that disruptive technologies offer as we strive to achieve the Sustainable Development Goals.”

Since 2009, CBA has acted as lead manager for a number of IBRD bond issuances in the Australian and New Zealand capital markets. CBA’s Blockchain Centre of Excellence, housed in the Sydney Innovation Labs, has taken a lead role in applying blockchain technology to capital markets, including last year, partnering with Queensland Treasury Corp to test a prototype bond on blockchain in the first blockchain bond issuance by a government entity.

Sophie Gilder, Head of Blockchain, Innovation Labs, CBA said: “We know blockchain has the potential to revolutionise financial services and markets, and this transaction is a significant step towards that future state. By working collaboratively with the World Bank, we were able to find solutions to technical and legal considerations to make this groundbreaking transaction a reality. This project further solidifies CBA’s position at the forefront of blockchain technology and we are excited to build on this, in partnership with our clients.”

CBA and World Bank are using a private Ethereum blockchain for this project. Ethereum currently has the largest and most active development community globally and offers the functionality we require. However other blockchains are developing rapidly and CBA remains open to other options in the future.

An independent review of the CBA blockchain platform’s architecture, security, and resilience were conducted by Microsoft.

The law firm of King & Wood Mallesons acted as deal counsel on the bond issue and advised on the legal architecture for its implementation.